In The Spotlight Today: Justin Gladstone!

How old are you and where are you from?

How old were you when you realized you wanted to be a writer?

Justin: I was six years old when I discovered my want to be writer. Growing up, I’d always been writing in some way shape or form. When I was younger, I would create story lines for toys and create drawings with the same intent. Throughout the years I would actually take the time to write fan fictions for my favorite video games.

Tell us more about your book! When did you start writing it and what difficulties did you face while writing/publishing it?

Justin: The Other Side is about a world that reflects our own. In this opposite dimension, there are people here who reflect one another such as you and I. There is one person in this opposite world who learns that emotions also reflect each other. He imagines what good would benefit his world if he were to trap everyone here in permanent misery. We put a lot of work into making this universe as real as possible. For example, your name is Chanel. But in this other world, you could have a reflection known as Léncha. While you are kind enough to search for authors seeking exposure, your other Léncha, might be the type of person to hide from the world, and hope for authors to never find the readers they desire. Many niches like personality, appearance, and even events can be reflected in this said dimension. How the characters come upon it, is a mystery left to the story itself.

Nitsuj gave me the idea 10 years ago. I walked into a bathroom and he asked, “What if there was a world inside that mirror?” I chased after the question by writing the answer within these novels. Nitsuj and I have been writing The Other Side as a series for a total 10 years. The series itself spans longer than ten books. During the seventh year, we experienced the most difficulty because it was when we had tried to search for traditional publishing houses to print our book. Unfortunately we were turned down, but a friend guided us towards the new world of independent publishing.

One of the biggest struggles was most likely against impatience. When I learned that self-publishing was much easier, I thought becoming published was the most important thing one could do. As a naïve 21 year old, I recklessly published The Other Side in its youthful form, and received a lot of negative feedback. Years later, I decided to take the book down, and re-work it again. Since then, The Other Side has constantly been re-worked, re-imagined, and properly cleaned. The story has twice met with a professional editor and beta readers from around the world. On July 19th, 2018, the book was sent for publishing with Amazon’s Direct Publishing Company.

If you could relate to any character in your book, who would it be and why?

Justin: It would have to be Leon J. Granttley. I based him off of me, from most of my ages. I used my flaws to give him something to work on as the series progressed. He also undergoes many of my struggles…Such as being selfish, arrogant, prideful, and very close minded. I use this flaw as a way to get him and myself, to open up to new possibilities, as well as open mindedness.

What type of books do you enjoy? What are two of your favorites?

Justin: I enjoy science fiction and books on psychology. I feel like science fiction pushes the borders of imagination beyond belief. Psychology helps me keep a good frame around my mind. Naturally as a developing young adult, I think it is necessary to like psychology, considering how useful it can become to overcome certain struggles.

Besides reading and writing, what else do you enjoy doing during your free time?

Justin: I enjoy playing video games and watching certain tv shows. This can be from anything in anime to real life cinematography like Breaking Bad.

Final Fantasy VII was the game that inspired me to create. Playing video games could be with a group of friends, or even just pushing myself to the limits on a really difficult one, like Dark Souls. I’m also a huge Kingdom Hearts fan. On other days, I like working on Adobe products such as Photoshop and Premiere.

If you could pick any song to describe your main protagonist, what would it be?

Justin: It’d have to be Death of a Bachelor by Panic At The Disco!

Do you have any upcoming books in the works?

Justin: Yes, nine more in fact. And more could be added onto that. Each of them are printed out and planned for the future ahead. One big reason why we took more time to publish this book the right way, is because the pilot HAS to be good in order for people to want the next few. We even have a timeline that illustrates the prequels and sequels to this first book. Do you have

Any book specials/giveaways or events coming up?

The only giveaway that I have in mind at the moment, is really for any reviewers who post videos or blog posts on their page regarding indie authors’ books. I’m willing to ship books overseas to people who’re willing to read a brand new book. I’d love to hear some opinions. I will plan on doing giveaways when the book builds a stronger momentum.

Where can readers keep up with you on social media? Post your usernames!

Justin: I try to use each of the social platforms for different purposes. Tumblr is mostly where I plan on posting the stories backstory and lore. YouTube is where I’ll be posting book reviews, as well as extra info that probably will appear in future stories. It also might contain a extra hint of information regarding news, characters, and plot. Instagram is probably where I am most active. I use this page to promote artwork and announcements. I treat Snapchat like a newsletter service. I’ll send you a quick sneak peak of something in the works that you might have some interest in.

Justin: I really want everyone to know about the second book that we published. Nitsuj published his own book that is supposed to accompany The Other Side. His book is called; Equilibrium & Chaos.

This book illustrates the rules that take place within the story. Since it has to do with a world that reflects ours, it is a mere guide- a handbook filled with illustrations that help further paint the picture of the story.

If one desires both books put in one, then The Other Side: Limited Edition is the book for you.

Pick up a copy of The Other Side on Amazon Today! https://www.amazon.com/Other-Side-Justin-Gladstone-ebook/dp/B07DQ5GD6F/ref=mt_kindle?_encoding=UTF8&me=&qid=

Also, keep a lookout for his other book, Equilibrium & Chaos https://www.amazon.com/dp/B07DR9GLNH/ref=nav_timeline_asin?_encoding=UTF8&psc=1 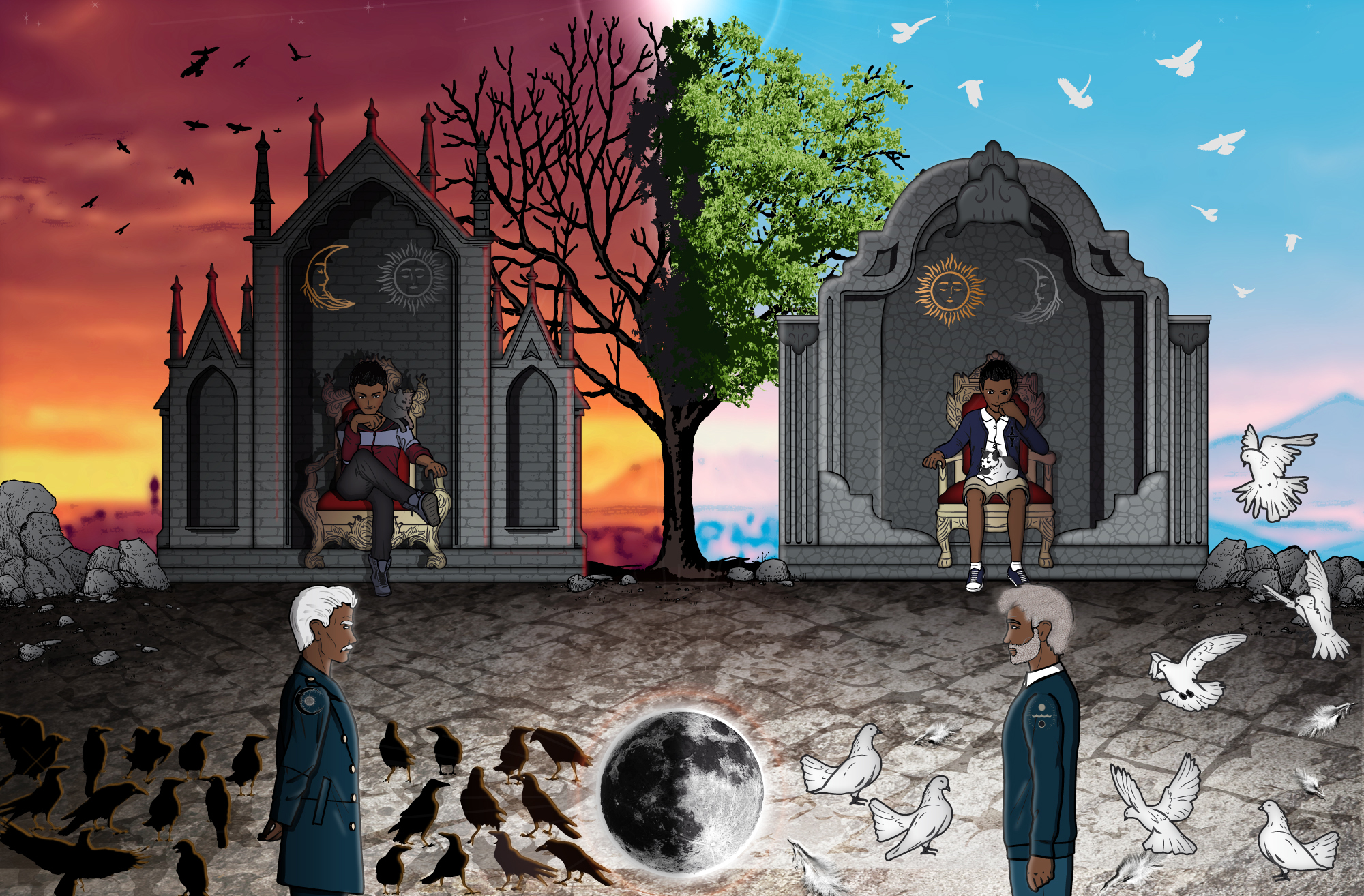 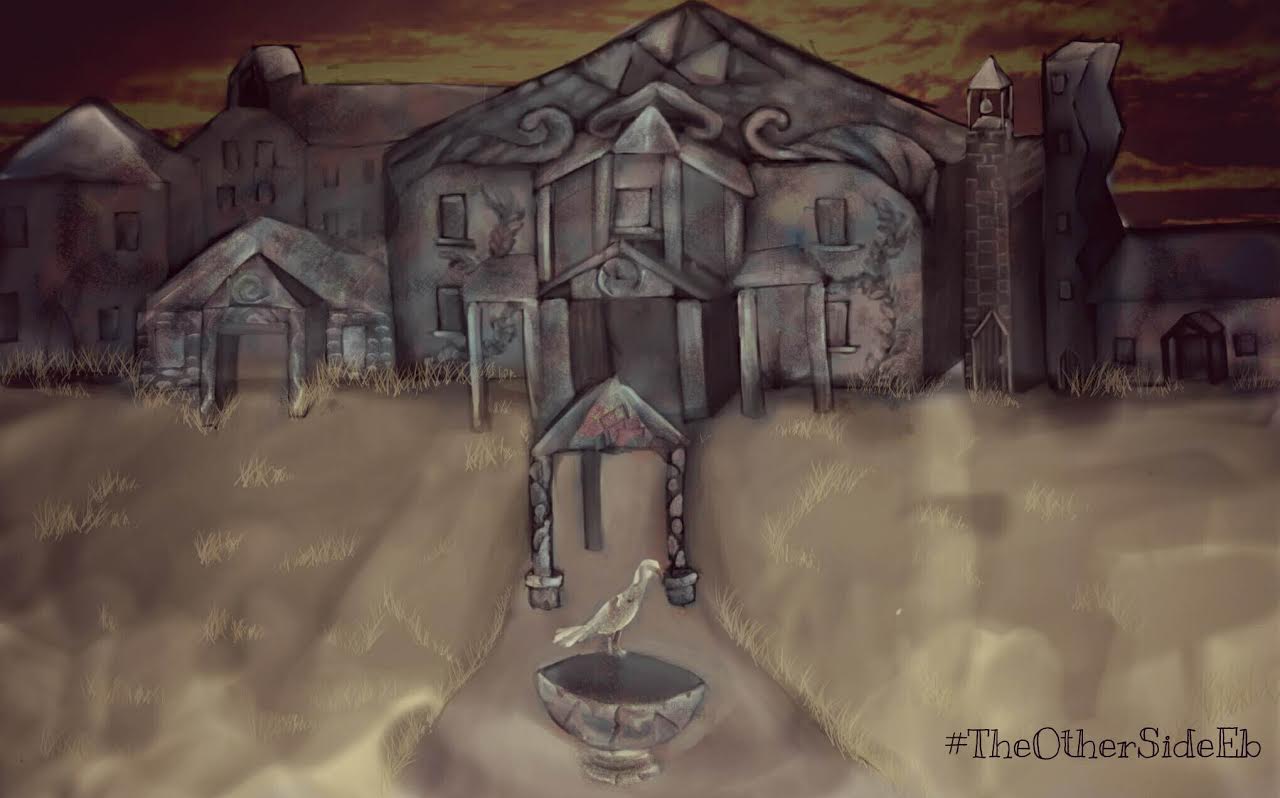 Visit the submission page to book your author feature today!

The Harvest Moon: A Prequel to The Moonlight Series

In The Spotlight Today: Kingsley Osajie!

In The Spotlight Today: Zonia & Lin!